Duncan and Conawago are on a journey to reawaken the old gods of the forest when they become entangled in a series of murders and a conspiracy. It soon becomes apparent that the main subject of interest is land and who it belongs to. The plot is interesting and it all makes sense, but sometimes the situations Duncan finds himself in and the circumstances that help him get out of these circumstances seemed a little too contrived. But Pattison does a great job explaining the struggles for the territory, and what that territory meant for the different parties.

If you've read any of my reviews of his other books you know I admire his strength in describing rituals and customs of non-Western and Western cultures. He always manages to bring them alive on the page, and those are the great moments I mentioned earlier.


They stay in my mind long after I've closed the book, and they're the main reason I love his writing so much. And the respect with which he treats his characters. What I find admittedly difficult is recommending this to people. I found both Duncan McCallum novels took a bit too long to really get going, and if I wasn't a fan of his writing, I probably wouldn't have gone on reading. One thing I feel I should mention: in this book, the parallels to the Shan novels weren't so obvious except that Duncan's and Conawago's journey seems similar to the one Shan, Gendun and Lokesh are undertaking in Bone Mountain , so that was good.

In Bone Rattler; the setting, history and atmosphere created by Mr. Pattison becomes almost a separate character. In many ways, the most important character. Eye of the Raven unfolds much more like a traditional mystery. Yes, the amazing history of Colonial America and the Iroquois is still there but did not capture me as much as it did in Bone Rattler. It was still an excellent story. Eliot Pattison is probably one of the few historical fiction writers that can compel me to read the Afterward section with its pages of historical references and timelines. For those interested in the period of American history shamefully ignored by history textbooks post-Mayflower to Bunker Hill this series is a real treat.

I hope I don't have to wait too long for 3! May 01, J rated it liked it. This tale of murder, corruption, espionage and counter-espionage takes place during the land company days in the United States in the late s. Philadelphia is not a city of brotherly peace -- though it bears the name. Rather, it's the center of crass efforts to further wrest lands from Indian tribes, many of whom have already made agreements with the white man to retain their lands I love the way Pattison takes historical realities, but fleshes them out into characters I care about.

The book has an interesting layer of technology to it -- Leyden jars aka tubes of electrical fluid of the sort that Ben Franklin was working with become instruments of torture. One group of Indians in western Pennsylvania who've been exposed to both industrial-style gears and German missionaries develop a carousel.

It also has an equally important layer of native American mysticism to it. The main guy is a Scottish emigre Duncan McAllum, who's witnessed the decimation of his highland clan back home and is attempting to flee the bonds of indentured servitude to the book's villain. More than enough said. I don't want the "spoiler vigilantes" after me. Jun 24, Kate rated it it was amazing.

I read this one for the second time and I am happy to announce that I still rate it at 5 stars! I have decided that Eliot Pattison is one of my favorite contemporary novelists. There is not one of his books that I have read so far that I rated at less than 5 stars. His writing is crisp, descriptive yet flows easily, the characters are all very interesting, the plots are compelling.

Complicating Duncan's attempt to solve the mystery surrounding the deaths is the appearance of the morally corrupt Lord Randall, who still insists that Duncan is his indentured slave and wishes revenge for his loss of "face". Some very tense moments ensue Sep 20, Mary rated it really liked it. His kinship with an Iriquois Shaman becomes deeper and more spiritual when ritualistic murders are discovered in the woodlands.

There is a complexity of relationships and contrasts between white settlers, Moravians and Quakers,militia soldiers,African slaves,the Iriquois nation and the Hurons, but the author's characters are well developed, true to historical significance and cultures.

His research is excellent I found Pattison's writing creative, especially his descriptions of the wilderness. Lovers of American history will like this book. Oct 15, CarolineFromConcord rated it really liked it. I like this author. I have enjoyed his series on Tibet, starting with "The Skull Mantra. This is the second one from that series.

The mystery was a bit too convoluted until the very end, but the history was fascinating.

I know it sounds like a lot, but it really works. Apr 19, Elizabeth rated it it was ok. Eliot Pattison's other books with Inspector Chen in Tibet are so very good - dealing with a place and culture that I know little about. This book deals with the French and British pushing the Native Americans westward and fighting with each other. The devices that Pattison uses in the Chen books to uncover the mysteries are particularly suited to the place and culture.

He uses those same devices in this book which are just annoying.

Apparently there was quite an affinity between some Scots and the Native Americans. Both had their tribes destroyed by the British. If I'd known that before reading, I might have found the story less irritating and more compelling. Oct 03, International Cat Lady rated it it was amazing. I utterly adore Eliot Pattison - his prose is beautiful, his plots are intricate, and his insight is incredible.

Eye of the Raven is the second in his Colonial America series, and it does not disappoint. Like his Inspector Shan mysteries set in Tibet, this series illuminates the impact of a conquering empire on a traditional culture.

While reading the Tibetan series, it is easy to cast aspersions on the Chinese for their continued attempts at the destruction of the Tibetan way of life Yet thi I utterly adore Eliot Pattison - his prose is beautiful, his plots are intricate, and his insight is incredible. Yet this glimpse into pre-Revolutionary War relations between European settlers and indiginous Americans shows our ancestors to be little better than the modern-day Chinese. Makes me proud to be a quarter Scottish, and relieved that my ancestors didn't make it to the "new world" until the 20th century.

Mar 31, Mark rated it really liked it. Excellent depiction of pre-revolution America and the early migration from the eastern colonies, with natives struggling to maintain"the old ways". Hero Duncan McCallum tries to solve the murders of surveyors along the Warrior Trail while tribal leaders meet with wealthy colonists to make an historic land deal. The characters are well fleshed, some better than others, and the plot moves along well. A few sluggish moments, a laughable TV mystery 4. A few sluggish moments, a laughable TV mystery movie-like ending, and a seemingly unnecessary piece of the puzzle in the form of a slave child reduced my rating from a possible 5.

Crow/Raven – A Messenger of Magic and Mystery by Judith Shaw 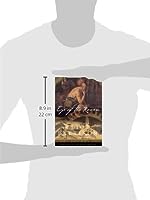 It made the interaction among characters of this book and the setting even more real and vibrant. Lots of twists along the braid kept me turning the pages. I will definitely look up "The Bone Rattler". Sep 17, Steve rated it it was amazing. Duncan gets into another thriller with lots of action and murders to figure out who and why. Excellent The author write an engaging story.